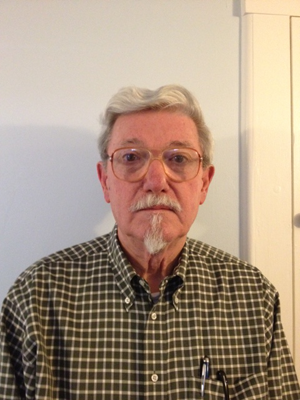 Mac West has been involved with informal education in a variety of museums and other attractions for more than thirty years. In addition to his extensive teaching experience in the Biology Department of Adelphi University (NY), and the Department of Geological Sciences at the University of Wisconsin-Milwaukee, he has chaired the Geology Department of the Milwaukee Public Museum (WI) and has directed two major science museums, The Carnegie Museum of Natural History (PA) and Cranbrook Institute of Science (MI). He has been active as an AAM MAP site visitor, as an ASTC Full Member site visitor, as an AAM accreditation evaluator, and as a consultant to museums, scientific associations and funding agencies throughout the U.S., as well as in Canada, Mexico, Brazil, Saudi Arabia, Israel, China, India and Nepal. He regularly reviews proposals for the National Science Foundation. His background as a university teacher, scientific researcher, and museum programmer and administrator equips him uniquely to work with various issues, ranging from feasibility, evaluation and governance to finance and development to programs, exhibits and collections. He oversees the Traveling Exhibitions Database on the ILE web site and coordinates and moderates the twice-annual Traveling Exhibitions Forum at ASTC and AAM conferences.

Mac travels extensively, with an eye on new trends and developments in informal learning environments worldwide. He thus brings an international perspective to every project and initiative.

Mac has a B.A. in Geology from Lawrence College, an S.M. in Geophysical Sciences and a Ph.D. in Evolutionary Biology from the University of Chicago, and did postdoctoral work at Princeton University. He received the Arnold Guyot Prize from the National Geographic Society in 1981 for his paleontological research in the Canadian Arctic and was named Man of the Year in Science in Pittsburgh for 1986 in honor of his efforts on behalf of The Carnegie Museum of Natural History. Mac has published more than 200 papers and abstracts on paleontology, museum science and science education. He participated in Chamber of Commerce community leadership programs in Pittsburgh and Detroit. He has served on the Board of Directors of the Association of Systematics Collections, and the Association of Science/Technology Centers, and was Vice President of the Association of Science Museum Directors. He served as the U.S. natural history museum representative on the Indo-U.S. Subcommission on Education and Culture. He currently serves on the board of the NationalCenter for Science Education and until 2011 the Visitor Studies Association. He edits and publishes the Informal Learning Review. Mac is a charter member of The Museum Group, a confederation of the continent's finest museum consultants. He recently served as a Fulbright Specialist for the Sri Lanka National Science Foundation, helping develop that nation's first science center. He recently was named a Research Associate at the Denver Museum of Nature and Science.